Rep. Tom Marino's map mess—& we break his next scandal! 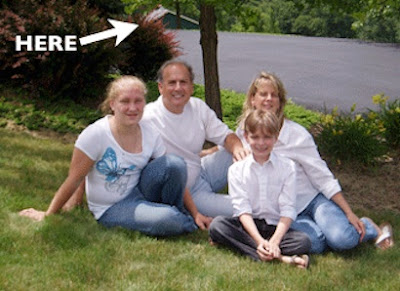 US Rep. Tom Marino took a lot of heat last week when it appeared he didn't know Libya was in Africa. But was this really a major gaffe? Or just a misunderstanding? Our crack staff dug a bit deeper into the geographic goof of the week. First the backstory: Marino was discussing America's role in Libya when he was quoted as saying, "Is the mission to take Gadhafi out? Where does it stop? Do we go into Africa next?"  Marino claims that since US ground troops are not in Africa now, he was just wondering if that was the president's plan. However, many snarky pundits interpreted his quote as meaning he didn't know Libya is in Africa. But could a US Congressman really make an error of that magnitude? To answer that question, we poked around Marino's web site... and found surprising evidence. In fact, the photo above—if you know what to look for—seals it.  Read on for all the shocking details...

We can't be sure if Marino is a geographic genius or illiterate... but his staff certainly gets an "F" when it comes to proper display of the US Flag. There are rules about how to display a flag, and the campaign photos on Marino's own web site show, well, clear violations. Take the Marino family portrait (top). At least from this angle, the flag appears to be touching some shrubbery—a clear violation. Then there is the "God Bless" eagle poster (below). You're not supposed to write anything over a flag... or make it into artwork. Very naughty! Violation 3 is in the "white room" photo (below). The enormous gap between the left row of stars and the edge of the flag violates the clear and precise proportion rules. So if Mr. Marino is uninformed about proper flag display, perhaps one can extrapolate about his geographic knowledge. Is that fair? Or should we cut the guy a break? 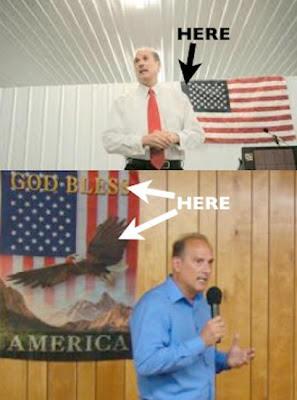