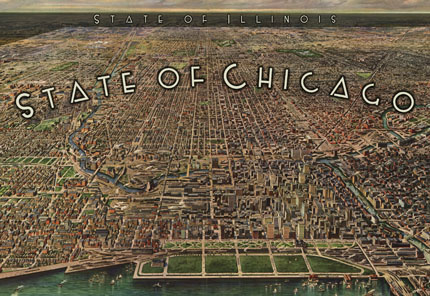 Two rural Illinois legislators want to expel Chicago from Illinois. Their idea is to force Chicago to become the 51st state, so the rest of Illinois won't be dominated by the Windy City. News reports, however, miss the irony of all this—it used to be the other way around. That is, back in the 1920s, Chicagoans were the ones who wanted to form a new state, because they felt dominated by "downstate" legislators.

The current movement doesn't seem to have all that much support, but the 20s version did... at least in Chicago. The city council actually voted in favor of beginning a secession movement.

So if the 1920s' Chicago rabble-rouser John B. Fergus could meet with the current separatist leader, Rep. Bill Mitchell of Decatur, the 51st state movement might have some legs.

The town in two states 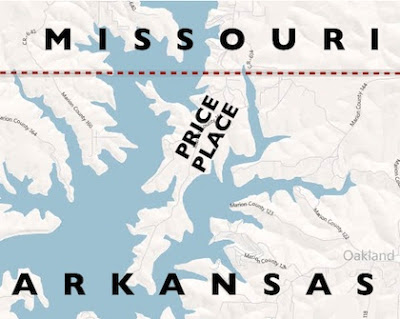 The fine folks of Price Place, Arkansas seem to live in two states simultaneously. They pay taxes to Arkansas, but their kids go to Missouri schools. Their Arkansas drivers licenses say they live in Missouri. It's really weird. And now it's about to change. These Arkansas residents will actually get Arkansas addresses... and they are really mad about it. Yeah, I don't get it either, but one thing is clear: this is one state border that should be re-routed. You can get the full story here.
Email ThisBlogThis!Share to TwitterShare to FacebookShare to Pinterest
0 comments