Morgan Spurlock should look at a New Mexico map 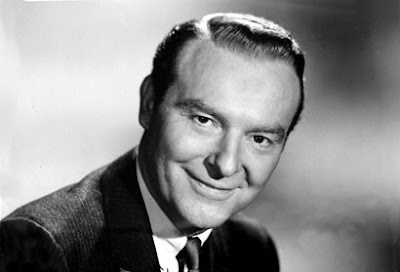 Supersize Me filmmaker Morgan Spurlock is making news because he persuaded Altoona, Pennsylvania to change it's name. His new film is about product placement, so he figured it would be a hoot to get a city to rename itself after the the title of his new film. But I'm here to tell you Spurlock's gimmick is pretty lame. And it's been done... better. Here's why: Altoona is only changing it's name for 60 days. And it's not really changing its name. The city's police cars aren't being repainted with a new city name. And the Post Office isn't going to start stamping "return to sender" on mail addressed to Altoona. It's really not doing anything except sending out a press release.

To see how this is really done, Mr. Spurlock should read up in the town of Hot Springs, New Mexico. In 1950, residents of Hot Springs, were encouraged by a successful businessman to permanently rename their city after his product. The businessman was Ralph Edwards (photo above), and his product was the Truth or Consequences television show. The residents overwhelming approved this genius marketing scheme—and the city remains Truth or Consequences, New Mexico, to this very day. Check your map. You can read more about Spurlock's copycat scheme here. And for more about Ralph Edwards strategy, well.... it's detailed in Lost States.  (And note how cleverly I avoided actually mentioning the name of Spurlock's new film "POM Wonderful Presents the Greatest Movie Ever Sold." Doh!)